Corporate Prostitute by day, Hobbyist Hack by night...when not hunched over a company laptop working on Project Plans and Carpel Tunnel Syndrome, John is hunched over his personal laptop working on his next novel and Carpal Tunnel Syndrome. Like a mailman going for a walk on his day off, John comes home at night and pounds away at what he hopes will be the next Great American Novel.

To escape this ‘Keyboard Kaptivity,’ John closes the laptop and opens his guitar case to spend a few hours imagining what might have been if he’d only been more serious about those three little chords and used them to write some good ol’ Rock & Roll – but a bad case of big hair and straining spandex is a far cry from the wonderful world of Fiction. Happily, John is more serious about being a writer than rock star.

MM Plude lives and writes in mid-Michigan, but her writing career will forever be linked to Chicago. From writing classes to writing weekends where she'd hole up in her apartment with her Labrador. Her two decades in the vibrant metropolitan area are particularly evident in the novel she is currently working on; a thriller set in the Chicago area.

But now time is precious, especially as a mother of three young children and working a full time job. That's why in addition to discipline, early mornings are critical to moving her stories and her writing career forward toward success. You'll often find Michelle up at 5 a.m. with a cup of coffee and the computer on her lap.

John began reading and writing stories at a very early age. He was an avid reader who wrote his first poem in the first grade. By the second grade, he wrote a weekly series of stories, which caught the attention of the teacher's husband who eagerly awaited each new installment in the story line. His fifth grade teacher put a curse on him, and he continues to struggle against its effects to this day.

John grew up in St. Louis County and attended Washington University in St. Louis where he majored in German Language and Literature. During his senior year in college he participated in an exchange program with the Universitaet Tuebingen in West Germany, and he taught German at UCLA as a graduate student.

He obtained his law degree at the Washington University School of Law and is a member of the Missouri Bar. He engaged in the general practice of law, and has worked in the insurance industry as a consultant for many years.

His interest in writing fiction became renewed after reading Jeffrey Deaver's novel The Coffin Dancer, and he remains a stalwart fan. John has written several dozen short stories and has completed his first thriller entitled Stormwater Hook. John and his wife now reside in the Chicago area.

Read John's story "The Marie A." 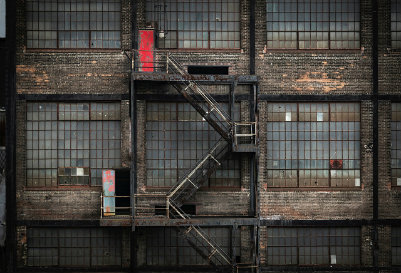